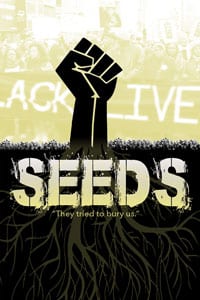 Inspired by the Black queer revolutionaries of the #blacklivesmatter movement, Seeds is a tale of survival, mental illness, addiction, and resilience. The intentions behind this project are to expose audience members to the myriad of ways Black, queer people navigate their personal lives and mental health while experiencing oppression and fighting injustices afflicting both the Black and Queer communities. Set in the present day culture of fighting against state violence, Seeds tells the story of D, a Black, queer masculine-of-center woman who is pulled into activism after seeing her best friend murdered by police. Although she experiences the turmoil of fighting for justice while battling oppression because of her identity, the seeds she plants for Black liberation grow stronger because of her perseverance. A 90-minute multimedia theater performance, Seeds integrates video, dance, drag, and theater performance to create an immersive and visually appealing production and audience experience. 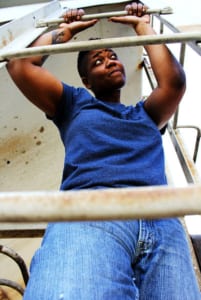 Arnetta Smith is a graduate of San Francisco State University (SFSU), where she received her M.A in Ethnic Studies with an emphasis in Black queer media. She focused mainly on queer communities of color and media after she found a dearth of resources and research that explored, explained, or analyzed their experiences and cultural representations. Arnetta also studied film at Berkeley City College and received and completed a filmmaking fellowship through the Queer Women of Color Media Arts Project. There, she found her love for editing. Since then, she has created several short film projects and was featured in an 2012 East Bay Express Article (2012) to discuss her web series project Dyke Central which has been shown at Queer Women of Color Film Festival, Frameline, and other festivals throughout California. She also received a nomination for Best Short at the Spectrum Queer Media festival for her short film, “Triggered” (2013), which explored domestic violence in a lesbian relationship.

Check out her portfolio: http://micheckmedia.wix.com/freelance 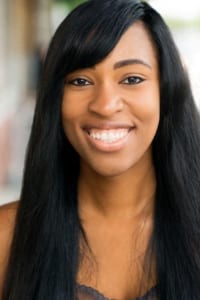 Chauncey K. Robinson is a 2015 graduate of San Francisco State University, where she took an emphasis in Theatre Arts.  In the Fall of 2015 she directed the staged reading of “I’m Here, I’m Queer, and I’m Hungry” for the Fringe Goes Long Festival by SFSU that premiered at PianoFight in the Bay area. Chauncey is currently on the editorial board for the international online news publication People’s World, where she is also serves as a journalist for the daily news source. She believes that art and creativity, in any capacity, should help to reflect the world around us, and be one of the tools to help bring about progressive change. Born and raised in Newark, New Jersey, she has a strong belief in people power. She seeks to make sure that topics that affect working class people, peoples of color, and women are constantly in the spotlight and part of the discussion. Chauncey has a love for writing, directing, content creation, and overall great art that pushes people to think and grow. Her most current play is “Warped Love Stories” which first premiered in a shortened version at the Fringe Festival in San Francisco in 2015, along with being co-producer of the multi-media play SEEDS, which will premiere in San Francisco this June.

FOLLOW US!
ISO Queer Gods & The Gods Sure Are Queer Vol. 2WE are FAMILY
Scroll to top