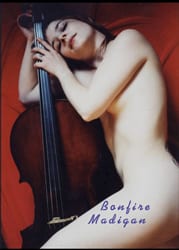 Michelle Tea
Michelle Tea is the Executive Director of Radar Productions, which produces queer-centric literary entertainment in San Francisco and beyond. She is the author and editor of a bunch of books, most recently the novel Rose of No Man’s Land (a 2007 American Library Association Stonewall Honor book) and the anthology Baby, Remember My Name: New Queer Girl Writing. In the 90s she co-founded Sister Spit and the Sister Spit Ramblin’ Roadshow; in 2007 she revived the performance tour back as Sister Spit: The Next Generation.

Nicole J. Georges
Nicole J. Georges is an illustrator and animal enthusiast from Portland, Oregon. She is the author of the zine Invincible Summer, and recently toured the country with the notorious Sister Spit Ramblin Road Show, singing Little Orphan Annie songs and showing slides of her dog Lamb Chop. Nicole loves nerds, and teaches zine making to children and the elderly through the Independent Publishing Resource Center.

Shar Rednour
Shar Rednour authored The Femme’s Guide to the Universe and most recently co-authored Down Home Desserts by Sweet-tooth Sharlene and Mama Mavis. She always approaches life with feminist question marks, yet she was of course born in pumps. She produced/directed/created some legendary flicks including the life-altering Healing Sex: A Mind/Body Approach to Healing Sexual Trauma (www.healingsexthemovie.com). She moved closer to earth exactly 3 inches to mommy her  fabulous boys–that is to say she’s wearing 3 inch wedgies instead of 6 inch stillettos.

Reginald M. Lamar
Reginald M. Lamar is a singer songwriter and performer whose work has been presented in art galleries, museums, night clubs, recital halls and on the street. Most recently lamar was  apart of the 2007sexworker art show playing in over 30 cities throughout the united states.  Classically trained as a counter tenor  lamar recently relocated to new york city from san francisco where he has continued his training with famed voice coach  Ira Siff.  Also in new york  lamars’ unique blend of opera, folk , and gospel with politically and sexually provocative  song lyrics has made him a new favorite in the anti folk music scene in the lower east side of Manhattan.  Lamar is currently working on a album  which he will self release in 2008.

chelsea starr
chelsea starr is a writer and dj living in san francisco. her stories can be found in several anthologies and in her chapbooks “long walks on the beach with chelsea starr” and “candlelit dinners with chelsea starr.” she’s dj’ed at clubs all over the country and throws the amazingly fun dance party, “hot pants,” which is now in its sixth year. she also makes clothes and has had a few fashion shows around town and at homo-a-gogo.

The Chainsaw Chubbettes
The Chainsaw Chubbettes are a badass, bruised, and brassy burlesque duet.  Cookie Tuff and Lil Cupcake were raised by carnies and pastry chefs in a small Transylvanian village. This rag tag duo of sisters AND lovers has frightened and flustered crowds up and down the West Coast since 2003. Come watch them spin a tassel in their last performance together EVER!

Jenna Riot
Jenna Riot’s favorite things are: tough queer femmes, big hair, fishnets, stilettos, gaudy jewelry, and Crunks Not Dead Records. She is a busy bombshell! Take a vacation to the lipstick lakes and sip on a lip-gloss cocktail in your best bikini to “Girl You Look Expensive” (out on Crunks Not Dead). Her lyrics indulge in views of modern feminism, best friends forever, traditional vs. modern, femme paradises, butch/femme dynamics, raunchy & glam.” The glamorous Ms. Riot’s sound is a sexy, smartly tuned hybrid of everything fabulous: the same vibe that’s been carefully flirted with by bands like the Fitness and Mon Frere.” –The Stranger

FOLLOW US!
Is Gay Male Culture Dead?Why are Faggots so Afraid of Faggots (The Sequel)
Scroll to top