Why Are Faggots So Afraid Of Faggots
Curated by MaTTilda, a.k.a. Matt Bernstein Sycamore

Why are Faggots so Afraid of Faggots (The Sequel)
June 16, 7:30pm
Performance & Readings
Jon Sims Center

As back rooms are shut down to make way for wedding vows, and gay sexual culture becomes little more than straight-acting dudes hangin’ out, where are the possibilities for a defiant faggotry that challenges the assimilationist norms of a world that wants us dead?  Devastating performance, spoken word and troublemaking featuring Mattilda, Kirk Read, Seth Eisen and more TBA.  This sequel to last year’s packed event will feature brand-new work and a delicious discussion to follow the show. 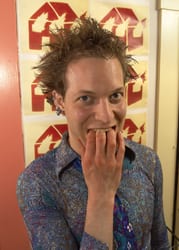 Mattilda a.k.a. Matt Bernstein Sycamore is the editor, most recently, of Nobody Passes: Rejecting the Rules of Gender and Conformity and an expanded second edition of That’s Revolting! Queer Strategies for Resisting Assimilation. She’s also the author of a novel, Pulling Taffy and the editor of Dangerous Families: Queer Writing on Surviving and Tricks and Treats: Sex Workers Write About Their Clients. She is an instigator of Gay Shame: A Virus in the System, a radical queer activist group that fights the monster of assimilation.

Mattilda is the books/print matter editor at Make/shift, where she also writes a regular column, in addition to her monthly column at Maximumrocknroll. Mattilda also writes reviews, essays and interviews for the San Francisco Bay Guardian, Bitch, Punk Planet and other publications, and she selected and introduced Best Gay Erotica 2006.

Mattilda’s second novel, So Many Ways to Sleep Badly, will be published in fall/winter 2008.

Mattilda lives in San Francisco, but regularly tours nationally, and is always available for bookings. In the past, she has appeared in independent bookstores, community centers, performance venues and a wide variety of universities including Yale, Brown, University of Chicago, University of Oregon, George Mason, Macalester, DePaul, DePauw, NYU, UCLA, University of Massachusetts, Mills, Antioch, University of Michigan, Wagner, University of California Santa Cruz, Wesleyan, University of Cincinnati, and Georgetown. 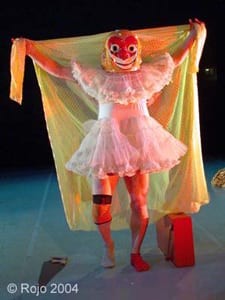 Seth is an artist whose work is a hybrid of contemporary forms (performance, installation, book arts and new media) and the prehistoric (ritual, community, costume and fetish object). Seth has been performing, exhibiting, curating and collaborating with various artists in the Bay Area since 1994. His performance installations have been exhibited at The Oakland Museum of California, Theater Artaud, Zeum, Yerba Buena Gardens, SOMARTS, Theater of Yugen, Bing Gallery, 848 Community Space and Sanchez Art Center. Seth performed with several Butoh companies including Harupin–Ha, and Ink Boat from 1994-2001. Since 2000 he has been performing and touring with Keith Hennessy and the contemporary circus company, Circo Zero in the US and Europe. Seth is Advisory Faculty in Performance at John F. Kennedy University’s department of Arts and Consciousness. 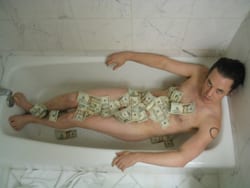 Kirk Read is the author of “How I Learned to Snap” and the forthcoming essay collection “This is the Thing.” He curates events around town and cohosts the open mics series K’vetsh and Smack Dab. He recently completed his MFA at San Francisco State in “fiction,” although most of what he wrote is completely true. He has worn many hats at St. James Infirmary, the city’s free clinic for sex workers. He is working on a novel as well as two anthologies — a male sex worker book and a collection about the intersections between gay male and transmale communities. His out-of-date website is kirkread.com