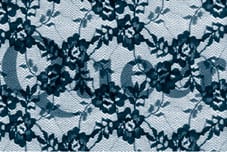 Life After Death: Embracing the Queer Widow is a community-oriented exhibition/event which will feature a collaboration of interdisciplinary works created for, by and about members of the “Queer Community” whose partners/lovers have died. The artists will be selected a variety of genre, including all visual arts as well as performance, video and literary works.

Life After Death: Embracing the Queer Widow draws from the notion that we all have a story to tell, that our thoughts and experiences are valid and real. The Queer Community came together in the face of AIDS and has countered direct blows from a homophobic culture. But, our battle, like all battles, has had its share of casualties. We scrambled for answers as we watched our friends and lovers die. It happened so fast there was hardly time to mourn. Many who survived have found themselves standing alone in a clear-cut, with no badge of courage, no twenty-one-gun salute and no flag presented with honor. Instead we were minimized in obituaries, and often completely omitted.

Life After Death: Embracing the Queer Widow is produced and curated by Dan Pillers/Fagart unlimited as part of The National Queer Arts Festival 2001. It is funded, in part, by a Creating Queer Community Grant for Emerging Artists a collaborative project of the Jon Sims Center, the Harvey Milk Institute and the Queer Cultural Center as part of the Gateway Initiative of The San Francisco Foundation.