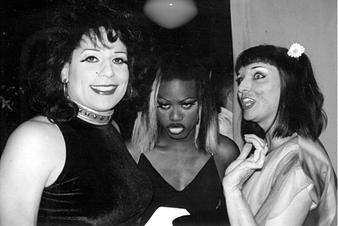 Trannyshack was started by Heklina and Pippi Lovestocking back in February 1996. It quickly grew to become San Francisco’s premier cabaret/performance hot-spot, showcasing San Francisco veteran performers, out of town luminaries (such as Lady Bunny, Vark Jean Merman and Sherry Vine), and providing a springboard for new tranny talent. Anything goes at Trannyshack, with performances ranging from blood-drenched shock-rock, performance art and the occasional Bette Midler lip-synch.

FOLLOW US!
GAPAret Women in the Opera
Scroll to top