Curated by Sini Anderson and brand-new to the Festival, the Women in Music Series features some of the most widely recognized musicians in the women’s music community: Kaia Wilson of the Butchies and Ferron, Nedra Johnson and Gwen Avery, Kinnie Starr and Ulali, and Bitch and Animal. Styles will include feminist folk, blues, soul, First Nation original and traditional song, hip-hop, progressive, original-rock, and gender funk punk. This series takes a unique stand on programming, highlighting artists who are linked stylistically, culturally, or politically and who will boldly address the normality of our constrictive community-generational gaps. There will be a limited number of NQAF Women in Music Series passes released. For more info go to www.queerculturalcenter.org.

Each evening, two artists will perform and interact with the audience. After the concert, a lesbian artist or writer/critic will conduct a ten-minute interview with the artists, which will be followed by a ten-minute Q&A period. This format will provide audiences insight into the artists’ inspiration, motivation, and the meaning behind their work. At the same time, this presentational format will enable lesbian artists whose work expresses social-justice content to connect directly with their audience. 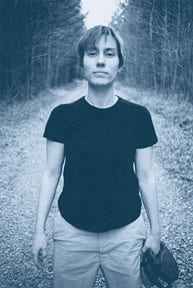 Kaia Wilson
The rumors are true, Kaia Wilson broke up with herself four years ago, but she has gotten back together for this new album. She’s been quite busy running Mr. Lady and playing in the Butchies, all the while writing sweet little acoustic songs. Oregon is her third solo release, and it retains many of the characteristics of her two previous records: urgently angsty lyrics and tender melodies, abstract story lines, and lullabies. The record features mostly acoustic guitar, a splash of cheesy 1980s keyboards, harmonica on one song, a hint of piano, some fabulous percussion by Melissa York, and guest vocals by Amy Ray. Certainly this CD will be a favorite for Butchies fans and others. 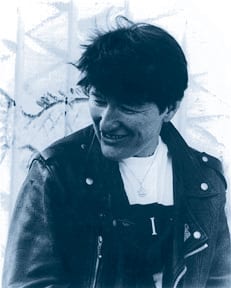 Ferron
Ferron can certainly be counted as someone who helped pave the way for the current folk revival, and for 23 years she has been recognized as one of the finest songwriters in North America. Her first three albums, Testimony (1980), Shadows On a Dime (1984), and Phantom Center (1990) all received across-the-board critical acclaim. Through the success of Driver (1994), Ferron was accepted on to the Warner Bros. label and produced Still Riot in 1996. Ferron has toured extensively throughout North America at respected concert halls, clubs, and festivals. She also toured with the Indigo Girls on and off from 1990–1996. She is also the writer in residence at Institute for Musical Arts in Bodega, California. 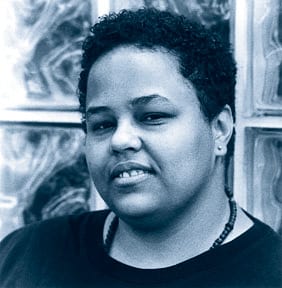 Nedra Johnson
Born in New York to musician parents, Nedra Johnson grew up listening to music with an open mind and ear. She recounts one night in her late teens, when she went to CBGB to see an early-evening performance by the Circle Jerks and then ran across town to Sweet Basil for the second set of Gil Evan’s Monday Night Orchestra, all the while sporting a Culture Club shirt. While her sound may best be described as blues-based R&B, Nedra fits easily into folk, rock, jazz, and popular R&B sets, having shared stages with Bo Diddley, Taj Mahal, Michelle Shocked, Cris Williamson, Amy Ray and the Butchies, Howard Johnson and Gravity, Sheila E., Al Jarreau, and Holly Near. 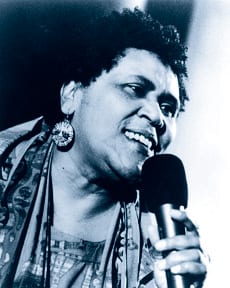 Gwen Avery
As a blues performer Gwen Avery, dubbed Sugar Mama, is an irrepressible life force reaching out for another big handful of life. She grabs her audience by the lapels when she rattles the piano and raises her colossal voice. She means to connect with her listeners in ways that make them feel like they’ve just run into an old friend they haven’t seen for years. The air vibrates with the expectation that something big, something provocative is about to happen. Her debut CD is Sugar Mama 2K. 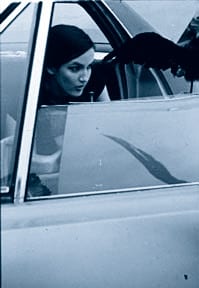 Starr has been recording, releasing records and performing since the mid-90’s. Her music has taken her to various parts of the globe (Canada, The USA, England, Germany, Holland and Japan). She has just returned from a Japanese tour where she and her band supported Speech rom Arrested Development and will be embarking on her first tour of Australia later this year.

Kinnie will have a new record out later this year which will be released on Violet Inch Recors (Canada), Infiniti Records (Japan) and Valve Records (Australia). 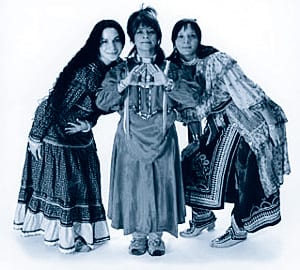 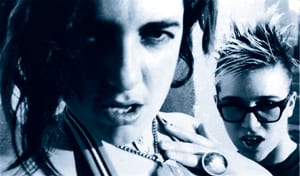 Bitch and Animal
At an unnamed point in the late 20th century, the sperm of a metallurgist and the sperm of a math teacher mixed with the eggs of a tap dancer and a kindergarten teacher. The results of this cuntcocktion are the heroes of our story, Bitch and Animal. No one knows their secret identities. Rumor has it that if their birth names are ever revealed, the universe will screech to a halt—so no one ever dares to ask. In the fall of 1998, they released their “pussy manifesto,” the document that laid the foundation for the duo’s pussy revolution—a spread-it-yerself rebellion born inside the eggs of us all. Their two CDs are What’s That Smell and Eternally Hard.

Special guests to be announced.

FOLLOW US!
GrouchoAnd You Cant’s Make Me
Scroll to top