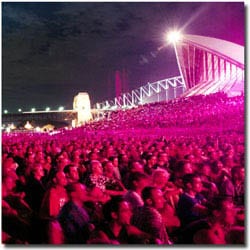 In this short art film a selection of images from the book You & Mardi Gras | Images by Mazz come to life as Purple Haze & celebrating the Sydney Gay + Lesbian Mardi Gras with an original soundtrack by Music Media Online.

Festival Launch from the book, You & Mardi Gras. Images by Mazz

Qcc and SF Pride present Australian artist Mazz Imàge’s photographic show of international queer celebrations. The exhibition’s opening reception includes the US launch of her book You & Mardi Gras | Images by Mazz, celebrating the Sydney Gay + Lesbian Mardi Gras. The Exhibition highlights images from the book, and also previews images from Mazz’s next art film PRIDE – showcasing the Pride Parades of San Francisco, Sydney, Rome, Milan, London and Paris. Since the 1980s, Mazz has documented the color, beauty and drama of the community as seen through the lens.

Australian Artist, Mazz Imàge has been documenting the colour, beauty and drama of the Sydney lifestyle since the 1980’s. With her love for the colour purple, Mazz has been a familiar and energetic advocate of the G+L community for many years. She has achieved a Master of Arts – Photo-media degree from the University of New South Wales, is an Official Photographer for Sydney’s Mardi Gras, and has been a professional photographer for over fifteen years. Her work regularly appears in local and international publications, and she specialises in portraiture and event documentation for both corporate and private clients.

Since 1990, as part of the annual Sydney Gay+Lesbian Mardi Gras Festival, Mazz has presented photographic exhibitions at venues around Sydney. In 2003, to coincide with the launch of her historic book, ‘You & Mardi Gras | Images by Mazz’ a six-week solo exhibition was held at the Powerhouse Museum, Sydney. Mazz is now presenting her unique photographs of Sydney to international communities, including: June 2003, at the Gay Village in Roma and the Citroën café Pluriel in Milano; April 2004 at KUDOS in London; and summer 2004 as an official event of San Francisco 2004 Pride/ National Queer Arts Festival [8 weeks] and Diver/Cite in Montreal [1 week].

Mazz is continuing her contemporary social anthropology by exploring the diversity of international celebrations within the realms of Mardi Gras Carnivale and Gay Pride gatherings at key global locations – Pride in London, Paris, San Francisco, Rome and Milan; Carnivale in Ivrea – Italy, are now a part of her extensive ever-expanding archive.

“This is a celebration of diversity and creativity, to enhance understanding and acceptance, with an appreciation of people living history and enjoying life in the moment – with passion!” Mazz Imàge 2003

THE Q BALL Spouses For Life
Scroll to top