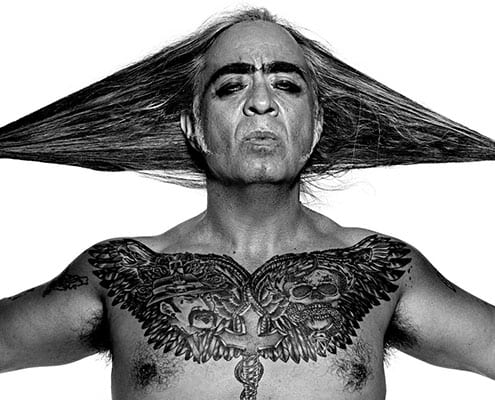 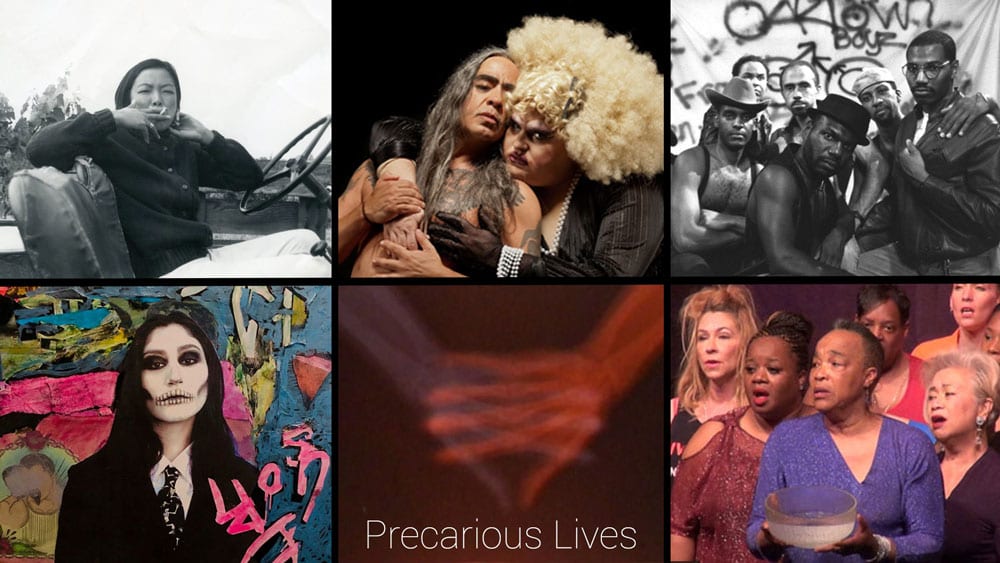 Precarious Lives marks the 22nd annual National Queer Arts Festival visual arts exhibition hosted by SOMArts Cultural Center. This year’s Creative Labor exhibition opens its field of view beyond its primary focus on creating a site of visibility for queer art to include the work of non-queer identified artists whose work has been instrumental in building the social and aesthetic network within which we understand and experience cultural difference and our own queerness. The exhibition looks outward from the public space SOMArts has created over the years – a safe, welcoming, inclusive physical place that affirms our presence as valued art-workers in our increasingly unsettled times.

Building on the foundational work of philosopher Judith Butler’s notion of “precarity,” the term is used in the context of this exhibition as a condition that expresses the fundamental vulnerability of life. It points to an unsettled state of being on the verge of collapse, open to violence, subject to dispossession, heightened risk of physical and emotional breakdown, even premature death. It asks whose lives are worthy of visibility, of care. Whose lives lie beyond social norms and acceptance? Whose lives are erased, distorted or excluded from recognition by economic instability, cultural prejudice or legal status? And from this precarious position, it locates a site from which political demands and principles emerge and unfold in a multiplicity of aesthetic acts as resistance and affirmation. Precarity “implies living socially, the fact that one’s life is always in some sense in the hands of the other. It implies exposure both to those we know and to those we do not know; a dependency on people we know, or barely know, or know not at all.” This interdependent existence of precariousness holds political potentiality and opens us to the type of responsive action operating in the art/work presented in this exhibition. As Creative Labor (Queer Artists Working Group), we seek to express the fullness of our queerness in this reflection as self with others – in this interdependence, vulnerability and care.

Precarious Lives is the third and final installment of a trilogy of exhibitions titled, The Turning, Queerly curated by Rudy Lemcke for Creative Labor. This project proposes a reframing of the idea of queer subjectivity as autonomous self-in-need-of-liberation to consider the self as self-with-others as the condition of possibility for modes of thinking about queerness in our technological age of networked connectivity (Self to #Selfie, 2017); it explores the sometimes-violent socio-political frame into which our identities have been thrown (A History of Violence, 2018); and considers the underlying conditions of human vulnerability as the site of care and futurity realized through the transformational labor of art (Precarious Lives, 2019). 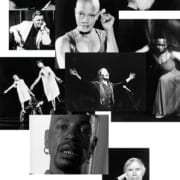 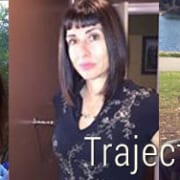 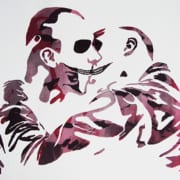