San Francisco–Bay Area performance artist, poet, dancer, actor and activist Dazié Rustin Grego returns to the stage to offer audiences I AM A MAN, an exploration of gender expectations and masculinity. This new original work is Grego’s protest response to the slaying of Jorge Steven Mercado, a Puerto Rican teenager whose killer solicited him for sex, believing him to be a female. When it was discovered that Mercado was, in fact male, he was murdered, decapitated, dismembered and burned. I AM A MAN takes a unique look at masculinity from a gay male perspective. “Historically, we have been conditioned to define gender and sexuality norms from the viewpoint of the heterosexual community,” Grego explains, “but maleness exists regardless of sexual orientation or gender identity. I AM A MAN maintains a core identity based in manhood while bending the ideologies around what it actually means to be a man.” 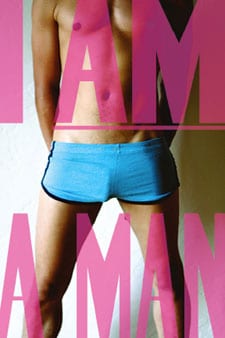 My Body Love Story (revised and expanded from 2010) chronicles one of the most important relationships that we have: the one with our own body. As a queer disabled femme, my narrative takes the audience through dance floors, shopping malls, and theaters to tell the story of my relationship with my body. Rather than tell an expected story of moving from bodily hatred to bodily acceptance, My Body Love Story talks about the self and the body as two separate entities trying to get along with one another, just like partners in any relationship. The show focuses as much on how to get others to see you as desirable as it does on gaining a sense of your own desirability. My Body Love Story deals with being stared at in public and on stage, chair dancing, commonalities between disabled and transgendered experiences, the power of rhinestones, stripteases, snappy comebacks and much more. Using dance, poetry, monologues, and humor My Body Love Story explores the one relationship that you can’t ever end. 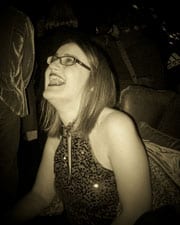 Dominika Bednarska is a solo performer, poet, and academic who currently works at UC Berkeley.  Her show My Body Love Story chronicles one of the most important relationships that we have: the one with our own body. You can find out more information about her upcoming performances and publications by becoming a fan on Facebook, going tohttp://dominikabednarskaspeaks.blogspot.com, or by joining her mailing list by emailing dominikaberkeley@gmail.com. Her show My Body Love Story will premier in revised and expanded form this June.