The NQAF is proud to bring you The Bilarious Show, an evening of laughs celebrating the diverse world of the bisexual community. This milestone event is the first ever complete lineup of openly Bi comedians serving up the laughs. Too long invisible in the comedy world, the Bilarious Show changes all that with real live bisexual comics and performers speaking out about life, love, politics and people. Everybody’s welcome to join us for a night of laughs, music and community with your funny Bi friends. Featuring “Bilicious Show” veterans Julie Cohen and Nick Leonard, SF Bi comics Jennifer Dronsky, David Hawkins and Tammy Powers, the musical duo Elisa M. Welch and Jim McLaren and SF drag performance artist Sandra O. Noshi-di’n’t. 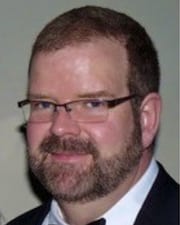 Nick Leonard is a San Francisco comedian and performer, starting at Josie’s Juice Joint he performs regularly as a comic and host around the Bay Area and internationally at such venues as Cobb’s, the Punchline, The Marsh Theater, The Herbst Theater, NYU, the Edinburgh Fringe Festival, and the Vancouver International Comedy Festival. He’s performed with Marga Gomez, Karen Ripley, Sabrina Matthews, Eric McCormack, Diane Amos, and many others.  He also produces Qcomedy, San Francisco’s long running LGBTQ comedy showcase, now in it’s 12th year.  He has been a performer in, host of, and co producer of the very successful Bi-licious Shows in the NQAF 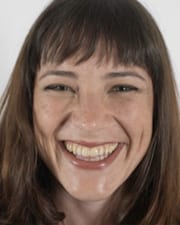 Julie Cohen has been performing stand-up comedy around Los Angeles for the last five years.  For three years, she hosted LA’s only queer open mic at the venerable West Hollywood lesbian institution The Palms.  In 2011 Julie wrote and directed “In The Morning…” a short film which was screened at the Austin Gay & Lesbian Film Festival and the North Carolina Gay & Lesbian Film Festival.  She also edits for many reality television shows including Project Runway and Toddlers & Tiaras.  This year she is planning to enter a full glitz beauty pageant herself provided she can find a cupcake dress with Swarovski crystals in her size. 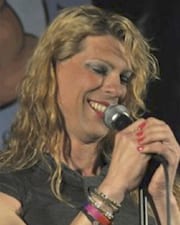 Tammy Powers started performing comedy after volunteering for SpeakingOUT, a program run by Boulder Pride in which a panel of GLBTQ volunteers go to high schools and Universities and talk to students about being who we are. She has been doing standup for about 2 years, and was recently featured in San Francisco’s Ultimate Dirtiest Joke Competition. Her comedy is inspired by Freddie Prinze, Phyllis Diller, Sam Kinnison, Soupy Sales, and the Cookie Monster from Sesame Street. 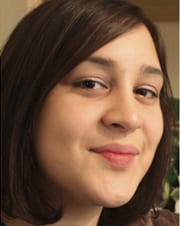 Jennifer Dronsky, winner of the first Alameda Comedy Competition, is an up and coming comic with San Francisco queer charm. Originally from southern California, Jennifer Dronsky fled to San Francisco at the sweet age of seventeen to pursue her passion for fashion. After creating two lines; Fashions for the Living Skeletons (a line for anorexics) and Baby, I mean Business (business clothes for babies), Jennifer Dronsky sought a new target market for her creative mind. Despite being a newcomer, Jennifer has been drawing focus with her charismatic style and gorgeous foul mouth. 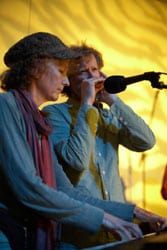 Musicians Elisa M Welch and Jim McLaren are East Coast transplants who arrived separately in the Bay Area in the mid 1980s. They met five years ago on San Francisco’s vibrant singer-songwriter open-mic scene and have been making various kinds of trouble together ever since. They perform 40+ shows each year with the garden-rock band, The Buds, delighting audiences of all ages and whipping up toddler moshpits at farmers markets. Tonight they’ll play quirky songs of love and other social ills as a duo, aka the Bi Half of The Buds. 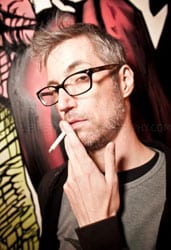 David Hawkins is the dilly-o. He is a comedian, playwright, director and cutie-pie. David has appeared at the SF Punchline, The LA Comedy Store, Klubstitute, The Qweirdo Show and the National Queer Arts Festival. “I bring heavy duty wacky. My wrists flap almost as much as my gums. See me perform my smart dumb comedy all over the world and see why I’m so darn lovable. Looking to meet eccentrics, visionaries, craftspersons, agreeable outsiders, art enthusiasts, new music sharers, silly people and intellectuals with heart.” 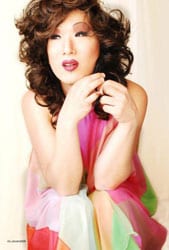 Sandra O. Noshi-Di’n’t is a one-of-a-kind drag performer and Bay Area celebutante. A vibrant member of the House of Glitter, her brash humor and flair for camp have been an ideal match for one of San Francisco’s prominent drag houses. A trustee in the San Francisco Ducal Council, a 38-plus year old fund raising organization, Sandra has helped to raise much needed money for local Bay Area charities. You can also see Sandra on the stages of Trannyshack and Midnight Mass.

Curated by Nick Leonard and Julie Cohen, with assistance from Susannah Layton, producer of “The Bilicious Show”.