Queer Cultural Center (Qcc) and the Asian Pacific Islander Cultural Center (APICC) co-host a major exhibition that asks: how do artists, as individuals and as members of communities, spread hope among the population during times of increasing violence, political conflict and war?  We believe that artists are capable of bringing about positive social change by creating work that addresses inequities, leads to the healing of injustice and inspires hope and a belief in a better future.

Qcc & APICC have collaborated with over 20 arts organizations to curate this exhibition.

“Live” installations for the artists’ reception include Frank Pietronigro. Frank invites the audience to participate in a ‘performance’ work that incorporates negative signifiers that have been applied to members of various communities throughout the ages.  To start the action, Frank stencils derogatory words using salt (faggot, pansy).  The audience is encouraged to collaborate by ‘salting down’ derogatory words that they have been called. 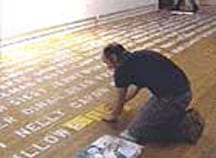 Pietronigro’s intention is for the audience to walk on the art; the footprints of recuperation support the deconstruction of these negative signifiers.

Kathe Izzo – writer, lover and conceptual artist will freely fall in love with you, unconditionally and with unmitigated passion, for fifteen minutes. There is no need for any physical contact. Satisfaction guaranteed.

Some say laughter is the best medicine, so on June 4, during the artist’s reception, Kirk Read has curated an afternoon of fun.  Kirk will perform; Shanique Scott rips the laughter out of you, and Tara Jepson and Beth Lisick bring the dipstick estrogen-powered dynamic duo of Carole Murphy and Mitzi Fitzsimmons to life.  Danny Thanh Nguyen, humorist, short-story writer and co-creator of the literary trash character DJ Berkley: The Worst Spoken Word Artist In The World will also perform.

Spend a leisurely afternoon at SomArts and view some arresting art, grab some snacks, a drink, laugh your parts off and fall in love!

Daphne Gottleib says of Kirk Read, “if carol queen and freddie mercury had a love child in the south, he might be a lot like kirk read. producer. performer. writer. sweetheart.”

Kirk Read is the author of How I Learned to Snap and is working on several books, including a novel and a memoir about his first year in the city.  He cohosts Smack Dab, a monthly open mic in the Castro.  He frequently hosts and performs at literary events around town.  Kirk is a harm reduction counselor at St. James Infirmary, a free health care clinic for sex workers. He thinks the new de Young Museum’s South Pacific tribal art room is an amazing place to wander around on mushrooms. 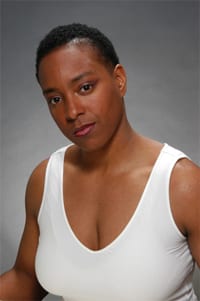 Shanique Scott has performed in venues as diverse as The AFROSOLO Theater Festival, upscale comedy clubs such as New York Comedy Club, Standup New York and the Punchline in San Francisco.

Tara and Beth have been collaborating since the Pabst arrived at the Michigan Womyn’s Music Festival in 1999. They both toured extensively with all-girl roadshow Sister Spit. Together they wrote, directed and acted in two shorts: Fumbling Toward Rock: The Miriam and Helen Story, and Diving for Pearls, which won the Most Innovative Short award at the Seattle Lesbian and Gay Film Festival in 2005.

Beth Lisick is the author of three books, most recently Everybody Into the Pool, which made Entertainment Weekly’s list of the Top Ten Nonfiction Books of 2005. Tara is at work on her first novel, titled Like a Dog. 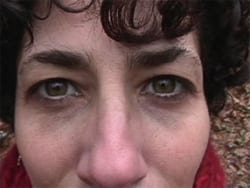 TRUE LOVE PROJECT FOUNDER, Kathe Izzo works with love: childhood, motherhood, sex, and community.  Working in a meditative atmosphere between limitation and liberation, her installations incorporate her physical presence with the natural and sacred worlds. Her work has been shown in group and solo shows throughout the country and Europe.

“Kathe makes intensely private work that lets the world walk around in it . . . it’s oddly heavy and comic and deliberately perverse . . . She puts her words and her body on the line more than any other contemporary artist I know.” Eileen Myles

Izzo has received several awards including two consecutive Massachusetts Cultural Council Grants for her Shadow Project, a cross-genre creative thinking workshop, acclaimed for it’s therapeutic benefits and its creative inspiration, particularly with youth-at-risk and other underserved populations.  She continues this work as a writing coach and creative process consultant in a variety of mediums, in addition to her youth advocacy.

She is currently engaged in a one year love project, which began in the fall of 2005, in which she will commit herself in love separately to individuals of various races, genders, ages and sexualities. Each committed relationship will occur only in public space. 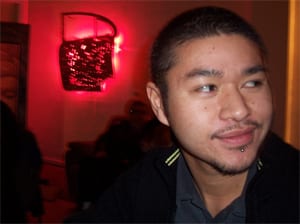 Danny Thanh Nguyen is a humorist, short story writer, and co-creator of the literary trash character DJ Berkley: The Worst Spoken Word Artist In The World.  His writing has appeared or is forthcoming in various publications, including Salt Hill, Hyphen Magazine, and the anthology The Full Spectrum (Knopf, 2006), which benefits the Gay Lesbian Straight Education Network.  He is a founding member of the Vietnamese Artist Collective with which he edited the forthcoming anthology As Is. Danny is one of six new MFA candidates in fiction to begin in the fall of 2006 at Indiana University. He is currently working on a collection of essays and short stories entitled Engrish Lessons. 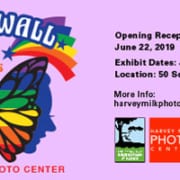