INSIDE OUT: THE STORY OF FREEPLAY DANCE CREW
Freeplay Dance Crew
SomArts – Please note: There is an error in the hard copy catalog – The venue is SomArts
Door at 7:00pm, Show at 7:30pm
Tickets: $8-$12 Sliding Scale 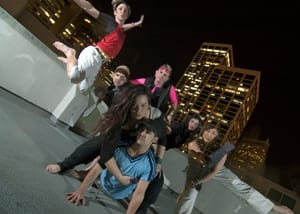 Freeplay Dance Crew presents “Inside Out: The Story of Freeplay Dance Crew”, an energetic multi-media collaboration with filmmaker Oriana Bolden of Proj-ectPRO:ject. Inside Out fuses elements of spoken word, hip-hop dance, video projection and an exciting musical score. This soulful journey of music and movement interweaves company members’ personal tales of sexuality and gender to tell the story of the dance crew’s dynamic ten-year history.

Throughout this inspiring autobiographical program, the group explores their own experiences with diversity, expectations, conflict, and identity. The dancers’ paths intertwine as they guide one another toward acceptance and celebration, and each narrative focuses on how being part of FDC has impacted its members’ lives and ideas of sexual orientation and gender roles.

Freeplay Dance Crew is a group of LGBT and non-LGBT dancers whose composition and creative expression reflect the diversity of its members and its local community. FDC has performed all over the Bay Area, from the SF Pride Main Stage to the highly touted San Francisco Hip Hop Dance Festival. “Inside Out” premiers at SomArts as part of the Queer Cultural Center’s 2008 National Queer Arts Festival.

Josh Klipp started dancing in college because it was cheaper than therapy, not to mention a way better work out. In 2000, he and Jonathan de Lima founded Freeplay and in 2007 he moved from the role of Executive Director to Creative Director to focus exclusively on the elements of dance he loves the most—creating it and making it come to life. When Josh started Freeplay nearly a decade ago, he had no idea it would become what it is today. Josh is extremely proud of Freeplay and all the dancers who have been part of it throughout the years.

Janey Madamba started dancing at the age of three and hasn’t stopped since. Her training has encompassed tap, jazz, ballet, gymnastics, Hula and Tahitian. She is utterly devoted to collaboratively creating, conceiving and producing new dance works. In addition to dancing wherever and whenever possible, she has danced with Freeplay Dance Crew since 2003. In 2007 she took on the role of Executive Director with FDC and has been enjoying every collaborative moment since.

In 1981, Shannon McClung‘s debut performance in the “Little Piggy Dance”, at the Olney Studio of Dance annual dance recital, was complete with feather boa and shiny white tap shoes. The next 10 years was a blur of recitals, jazz shoes, competitions, ballet, fringe, dance “moms”, tap shoes, leotards, hair spray and make up. Back in action in 2004, Shannon joined the Sarah Bush Dance Project to get back into the groove. Nowadays as a rookie member of Freeplay, Shannon is livin’ it up on stage and lovin’ it!

Liz Outlaw began her dance training at three years old. After a brief bout with “Crocodile Rock” in shiny green sequins, she embarked on 15 years of classical ballet training. Since then Liz has tapped, swung, salsaed, tangoed, jazzed, and hip hopped her way through life, stopping briefly to sleep and eat. Liz’s most recent work includes performances with the Mama’s Boyz, Sarah Bush Dance Project, and Funk4Soul of which she is currently a member.

Sand Chang has performed in the Bay Area and New York as a dancer, drag king, faux queen, burlesque artist, and singer/songwriter. Sand performs as flaming drag king Charleston Chu, as well as feisty burlesque diva Charlotte Starlette. Sand is a former member of the political drag troupe The Transformers, drag king dance trio The Fly Guys, and burlesque/gender performance duo Eye Candy. Performing since the age of four with a background in jazz, hip-hop, and modern, Sand strives to bring together progressive political consciousness, a celebration of genderfucking, fierce technical dance choreography, and a love for all things fabulous.

Dylan Martin’s passion for dance is what ignites his heart and soul. He continues to study dance with some of the many outstanding San Francisco choreographers. Life is an amazing journey that he hopes to express through dance. He has performed with the Sarah Bush Dance Project and Freeplay Dance Crew.

Kimy Leung found her way into dance after trying out for FutureShock San Jose in high school at the urging of a friend. To her surprise, she made it on the team and has been dancing ever since. Kimy has danced with Freeplay since 2003.

Tamara Smart came to Freeplay from Los Angeles in 2005, where she worked as an actor, dancer, choreographer and instructor. With over 20 years of training and performance experience including ballet, jazz, modern, salsa, gymnastics, aerial arts, and theatre arts, Tamara has been featured in numerous productions ranging from film and TV to the stage and beyond. She’s been blessed to work and share the stage with such talented and inspirational dancers as Sol Salsa, MaDonna Grimes Dance Fitness Theatre Company, Metronome Modern Dance Group with Molly Underhill Kozma, Sarah Bush Dance Project, and her own troupe, Gnosis Dance Collective.

Dance has always been a passion of Rachel Baker, manifested by continual movement in her everyday life.  In college she took a modern dance class, which awakened her body and allowed for exploration of movement that she had never done.  During this same time she began to learn Lindy Hop, a partner dance, which to this day continues to be her favorite form of dance.  Rachel forever intrigued by the magic of partner dancing and individual dance and their parallels to life.

Shelley Meyers cheered and danced her way all through school.  Since then she dances whenever and wherever she can! She is so happy to be a part of FDC and looks forward to exploring, creating and getting down. Music is Shelley’s soul -she loves hip hop, reggae, and funk.  She can really get down to any style.

Oriana Bolden believes that communication is Human Right. She uses technology, art and community organizing to facilitate steps toward self-determination in oppressed communities worldwide, and in particular, in her own neighborhood. Her experience as a young queer woman of color, growing up staring poverty in the face & living w/ a chronic illness, showed her that we have little choice but to shout, sing, dance and create a different vision than that which we are forced to consume.

More information about her work and community media production can be found at www.reelchange.org 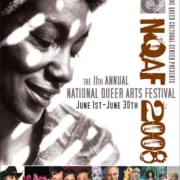 FOLLOW US!
Living Through ThusHazardous Waste Project
Scroll to top