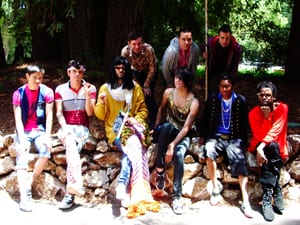 The Prison Industrial Complex (PIC) holds captive generations of trans/ gender variant and queer folks. From groups like the Lower Polk Neighbors that work with the police to imprison us under the guise of “revitalization” to Kamala Harris’ “hate crime enhancement” crusade that works to strengthen the PIC while purporting to make us safer, the PIC works in various and often unexpected ways to erase our lives and cultures. This program blends together performance and political education to instigate dialog around the crisis of mass imprisonment. The night will end with a rough cut of the soon be finished “Criminal Queers.”  This film visualizes a radical queer struggle against the PIC and toward a world without walls. Beyond presentation, we will build resistance through conversation, intervention, and collective imagination.

Criminal Queers: A night of Performance, Protest and Abolition

The evening will be a benefit for Trans/Gender Variant in Prison Committee (TIP). www.tgijp.org/tip/