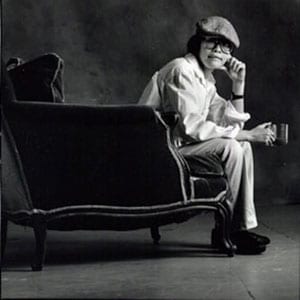 In 1991, while showing at the Oakland Museum’s Her Story exhibition, I received a letter from Lenore Chinn, artist and curator, inviting me to exhibit in a future show entitled Family Album, co-curated by her and Steve Compton. I was pleased to hear from Lenore and was especially delighted because Jeff Jones, the grants writer, had been telling me for some time that I should get to know her. Her heart, he had said, was generous. I responded to Lenore’s letter. I soon discovered that Jeff was right that this lean, wired woman was indeed generous, talented, wise, and visionary.

In the ten years or so that we have been friends I have watched Lenore paint stunning images. As her paintings were unfolding, Lenore invited me to see her works-in-progress. I would go over to her house and step into her magical studio, cramped and packed with personal objects d’art and shards of daily living. Before me were canvases meticulously painted with colors that visually articulated what was in her heart. She brought order to a mass of energy in her subjects, most appearing in quintessential domestic scenes. I was captivated – amazed to see that she could interpret the shapes, colors, lines, and patterns of her subjects’ lives. I wanted to know from which deep well she was able to retrieve these details.

Soon after we met I invited Lenore to join the Asian American Women Artists Association (AAWAA) that was founded in 1989. It wasn’t too long before she accepted positions of responsibility for our San Francisco-based organization. She brought with her years of experience from her role as a member of the San Francisco Human Rights Commission and from her active part in the gay/lesbian community. When Bernice Bing, pioneer artist and a lesbian, died in 1998, I was not able to organize a memorial for her. I asked Kim Anno to help. Lenore jumped in immediately to help Kim. Lenore then arranged to have one of Bernice’s paintings at the service held at the San Francisco Art Institute. In 1999, Lenore organized a retrospective for Bernice and an AAWAA exhibition entitled They Hold Up Half the Sky at SomARTS Cultural Center. Her energy was boundless. She wove a delicate collaboration between several organizations. With her understanding of collective cooperation, Lenore created a critical mass of support for art, gays, and lesbians.

On a personal level, I have grown from the numerous emails and phone calls that Lenore and I have shared. She encouraged me when I was doubtful. She told me to keep the faith. She taught me that the art world is composed of many levels and that it is democratic to exhibit in a variety of venues outside of the dominant museum world. She modeled for me the role of the artist as a trumpeter of one’s own work. Following Bernice Bing’s passing, Lenore became a friend to Bernice’s Aunt Lonnie, taking her out for meals, shopping, and trips. When Lenore’s mother died she comforted her grieving father. Recently, during her father’s declining health, she demonstrated her love and loyalty as an offspring of a brilliant, out-of-the-box parent by painstakingly handling all the details of his life that he was no longer capable of executing.

I am blessed to be Lenore Chinn’s friend. On the occasion of her Portrait of a Community exhibit I salute her, a generous person of details. 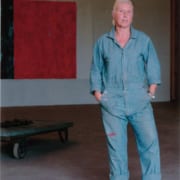