What if “obvious ethnics” adopted white babies? Pinatas full of magical surprises. Shaman or sham-in disguise? Creoleness. White elephants in the room. Does half and half make a whole?

Leave your preconceptions at the door and join your fabulous artists Amber Field, Arisa White, Liz Boubion, Helen Klonaris, and Martha Rynberg in an extravaganza of poetry, theater, music, and dance.

You won’t be bored. You just might leave feeling more whole and, dare we say, transformed. 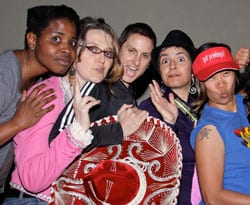 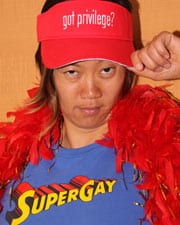 Amber Field is a queer Korean American adoptee performance artist, singer, musician, filmmaker, sound healer, and teacher. Amber is the producer of Mixed, Blended & Whole. She studied classical Indian music (tabla and esraj) at Viswa Bharati University in India and specializes in yoga and world fusion music. She plays tabla, didgeridoo, djembe, cajon, Arabic tambourine (riq), esraj, harmonica, and sings. Amber was featured in San Francisco Magazine’s Best of the Bay 2009 for yoga music. She has performed a solo show about her experiences as a queer transracial adoptee throughout the Bay Area. Her first short film Jagadamba, Mother of the Universe (2008) about her healing journey through music as a trans-racial adoptee has screened at numerous film festivals around the world including Austin Gay and Lesbian Film Festival, San Francisco Women’s Film Festival, Calcutta Gay and Lesbian Film Festival, and the Australian Transcultural Film Festival. Amber was on the curatorial and production team and performed in the Border Out program at the 2008 NQAF. Amber has performed solo at the Empowering Women of Color Conference, given opening remarks and performed at the Queer and Asian Conference at UC Berkeley, and delivered the keynote address and performed at Humboldt State’s Queer Qross Qultural Film Festival. She is a level 1 graduate of Tamalpa Institute’s movement-based expressive arts program and facilitates international workshops on adoption, race, and sexuality that incorporate mindfulness and expressive arts. She holds Free Your Voice classes and performs live music in yoga classes around the Bay Area. For more information, www.amberfieldmusic.com 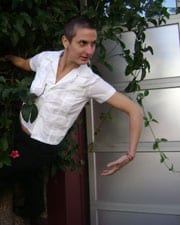 Liz Boubion is a queer chupa rosa (hummingbird) who landed half-way between Canada and Mexico.  She is a native of Aztlán, (Califas Sur) half Mexican and half Canadian-European mix.  Liz is cooperatively growing her 11-yr old son unconventionally in both urban and rural environments.  She has been a dance-theater artist for over 20 years, both locally and internationally. She has an MFA in Interdisciplinary Arts from California Institute of Integral Studies (CIIS), a B.A. in Dance from Cal State University Long Beach and is a Graduate of the Tamalpa Institute founded by Anna Halprin. She has performed numerous dances and acted for 3 years in “Psyche and Eros Productions”.  She has danced in two independent films sponsored by QWOCMAP and has self-produced multi-media dance theater productions including “Maclovia’s Birds: Inspirados por el Arte de Mi Abuelita” at Dance Mission Theater in April, 2011 and is currently working on her cross disciplinary Piñata project.  In the last year, her collaboration with ceremonial drum master, and permaculturist, Afia Walking Tree, M.Ed. has been recieved all over the bay area including the Art In Nature Festival in Oakland, Ca., Holy Names College, the Goddess Crafts Faire in Sebastopol, Green Valley Village Intentional Community, Betty Sullivan’s New Year’s Eve Celebration, the Dyana Center, and Cal State East Bay’s Queer Arts Festival 2012.   Liz teaches Advanced Contemporary-Modern Technique, Contact Improvisation, circle singing, Yoga for children, and the Expressive Arts methodology of the Tamalpa Institute to groups and individuals of all ages, backgrounds and physical abilities.  To contact, see www.lizboubion.org or email chuparosadancing@gmail.com 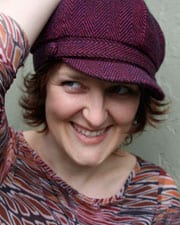 Martha Rynberg has been collaborating with solo performers since 2006. As the original director of the W. Kamau Bell Curve: Ending Racism in About an Hour, “The Curve” garnered praise from nearly every major local print media source, including The San Francisco Chronicle (Four Stars), The SF Weekly (Recommended), The SF Bay Guardian (Critic’s Pick), and The East Bay Express (Critic’s Choice). She has also been teaching Solo Performance Workshop (SPW) since 2008, supporting the development of original, dynamic autobiographical solo performance. Martha is the director of Thao P. Nguyen’s Fortunate Daughter, a contributing director of Zahra Noorbakhsh’s All Atheists are Muslim, and the ensemble director of the nationally touring show, DIS-ORIENTED: A trio of solo performances by Asian American women. Martha is also a writer/performer. Her own work explores the dark and hilarious corners of inheritance, parenting, and internalized misogyny. Martha’s current work, Lady Parts is previewing in the Bay Area. Martha is a white mother of two Black and Latino children. She sees her role in transracial adoption to be one of bridge building – making connections across color and cultural lines in order that her children will have less impeded access to communities that they are members of by birth right. www.soloperformanceworkshop.org 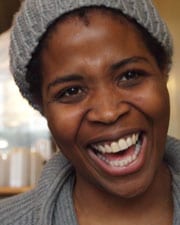 Arisa White is a Cave Canem fellow, an MFA graduate from the University of Massachusetts, Amherst, and author of the poetry chapbooks Disposition for Shininess and Post Pardon. She was selected by the San Francisco Bay Guardian for the 2010 Hot Pink List. Member of the PlayGround writers’ pool, her play Frigidare was staged for the 15th Annual Best of PlayGround Festival. Recipient of the inaugural Rose O’Neill Literary House summer residency at Washington College in Maryland, Arisa has also received residencies, fellowships, or scholarships from Squaw Valley Community of Writers, Hedgebrook, Atlantic Center for the Arts, Prague Summer Program, Fine Arts Work Center, and Bread Loaf Writers’ Conference. Nominated for a Pushcart Prize in 2005, her poetry has been widely published and is featured on the recording WORD with the Jessica Jones Quartet. A blog editor for HER KIND, and the editorial assistant at Dance Studio Life magazine, Arisa is a native New Yorker, living in Oakland, CA, with her partner. Her debut collection, Hurrah’s Nest, was published by virtual artists collective. Website: www.arisawhite.com 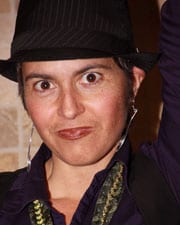 Helen Klonaris is a writer and teacher who lives between Oakland, California and Nassau, Bahamas. Raised in an in between kind of world, Helen learned to question imposed boundaries between people and places, and discovered what power there is in creoleness – the sometimes willing and sometimes unwilling coming together of cultures and languages and people to create what has never existed before.

She is the co-founder and co-director of the Bahamas Writers Summer Institute,and teaches creative writing in the Bay Area. She was the co-curator, along with Amir Rabiyah, of The Walls Project, a 2011 National Queer Arts Festival performance, and her writing has been published in a number of North American journals including Calyx, So to Speak, and HLFQ, and in Caribbean journals The Caribbean Writer, Poui, Small Axe Salon, Anthurium, Tongues of the Ocean, Yinna, and Lucayos. Her work appears in three anthologies: Our Caribbean: A Gathering of Lesbian and Gay Writings, edited by Thomas Glave, Caribbean Erotic, edited by Opal Palmer Adisa and Donna Weir, and A Sudden and Violent Change, edited by Sonia Farmer. Her debut short story collection The Lovers, published by Calyx Press, is due out in March, 2013. http://thegaulinwife.blogspot.com/ 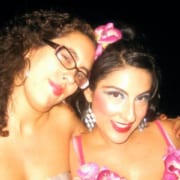 FOLLOW US!
Collaborative Practice and the Future of MemoryIN PRAISE OF DEAD GODS
Scroll to top