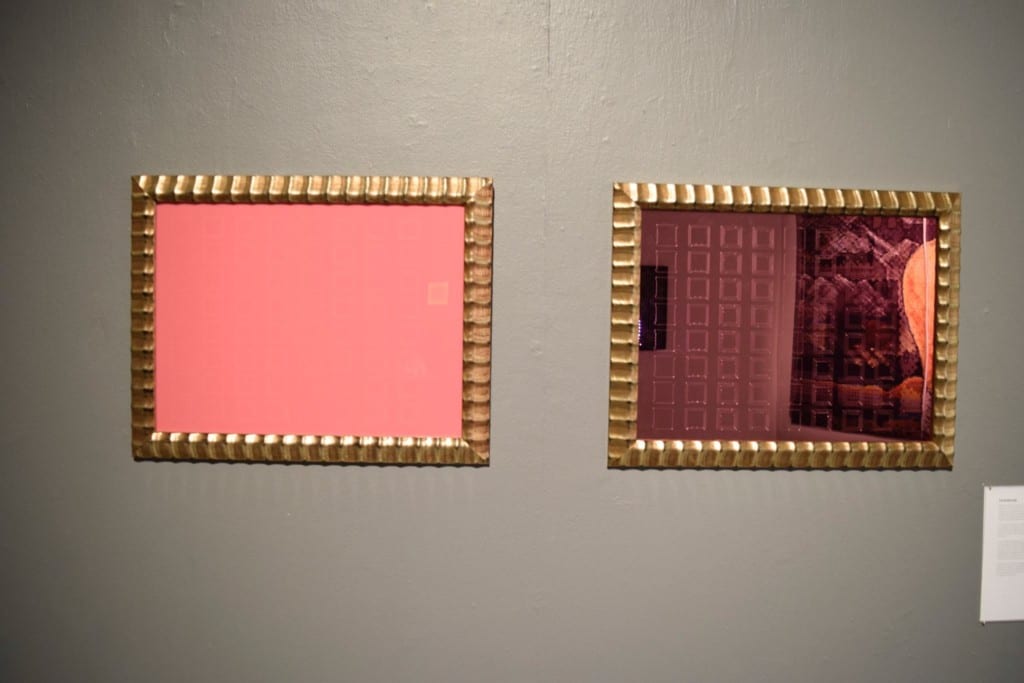 Queer people are drawn to the edges and peripheries of a society because — in some form or another — we are always running. Queer people run to avoid being trampled by the misunderstanding and sometimes unkind masses, to evade being drowned out in the din of stifling normality, and to shield themselves from losing a sense of freedom and distinctiveness in the homogenizing center.

For some of those who identify as Queer, technological culture can offer an outlet for expression and experimentation that has not yet been touched by the majorities of humanity. The technological sphere is a place in which minor utopias, however short-lived, can be created and nurtured.

In my efforts to discover a new sphere in which to create art, away from the crowded realms of traditional artistic mediums, I look to technology. For this show, I utilized a laser cutting system to etch the phrase, “I’m not gay, but you are” in a diptych of colored and mirrored acrylic. I am interested in confronting the viewer with the relative strengths and weaknesses of labels such as “Queer” and “Gay,” as they are used to categorize and segregate humans from one another.

The phrase is etched in Englyph: a font and writing system I have created. Englyph is comprehensible within the group of the learned, and abstract to those outside the circle of understanding, mirroring the play of marginality and inclusion that Queer subcultures have practiced throughout the ages.

Roseborough is a digital artist whose work has been included in publications such as Artforum, Art In America and the San Francisco Chronicle. In 2016, he was the inaugural artist in the Emerging Artist exhibition program at the Museum of the African Diaspora in San Francisco, California. He has performed and showcased work at the 2010 and 2012 ZERO1 New Media Biennials, San Francisco Museum of Modern Art and SOMArts Cultural Center, among others. He has also been awarded residencies at the Kala Art Institute in Berkeley and the School of Visual Arts in New York. 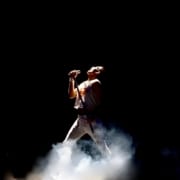