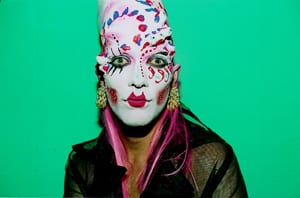 Dubbed “a crackpot genius” by the Village Voice, Dynasty Handbag is the one woman music/comedy/performance/meltdown/portable electro-ballad vehicle of Jibz Cameron. Cameron resided in the bay area for many years performing as Dynasty Handbag and with rock bands Dynasty & The Roofies and also acting in various theater productions and independent films. In 2004 she relocated to NYC, and within five months she was crowned Miss Lower East Side in Murray Hill’s annual pageant.  Since then she has presented solo shows at P.S. 122, Galapagos Art Space and Dixon Place and performed at BAM Cafe, Joe’s Pub, SXSW Festival, the Aurora Festival and Duckie in London. 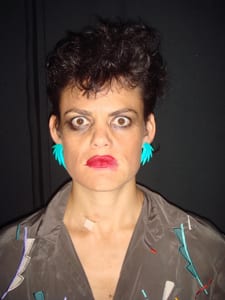 A flamboyant chameleon of words, music, humor and sociopolitical tirades, the visual and vocal phenomenon Taylor Mac employs gender-bending surrealism to explore the human condition and explode contemporary society’s adoration of homogeny – which was only meant for milk.  Mac has performed “The Be(a)st of Taylor Mac” internationally at The Sydney Opera House, Under the Radar Festival at the Public Theatre, London’s Soho Theatre, Stockholm’s Sodre Teatern, Dublin’s Project Arts Center, Portland’s Time Based Arts Festival, Seattle’s Bumbershoot Festival, over 30 additional theatres all around the globe.  He is a resident artist at HERE Arts Center where he premiered “Young Ladies Of” last year to critical acclaim, and he was the first-ever recipient of P.S. 122’s Ethyl Eichelberger Award for which he wrote and starred in the musical “Red Tide Blooming.”  Mac is also a member of New Dramatists, and in 2007 he was named to “Best of” lists by the Village Voice, Time Out, and the New York Press.