Queering Mythologies is of profound relevance to the current climate of violence against queers worldwide. This project proposes that we re-imagine our histories and therefore our futures so as to combat the material and spiritual effects of the marginalization of queer youth, sex workers, gender non-conformists, and transgender men and women. Queering Mythologies hopes to motivate all those who experience the timeless tale of sorrow & discrimination through creating a more fantastical, colorful, and diverse mythology for queers to draw their inspiration from and to create a community network of queer artist to inspire the next generation. 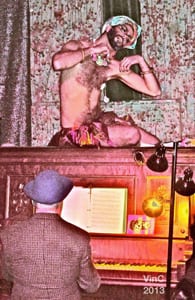 Diego Gómez (aka Trangela Lansbury) has been peddling their dog and pony show of illustration/design/drag/et al. for over a decade! They can often be found attached to a sketchbook drawing, a computer blogging, or a butthole munching! Diego was chosen by the San Francisco Bay Guardian for their “Hot Pink List” 2011 highlighted as favorite queer visual artist of the year and graced the cover of Theatre Bay Area magazine April/May 2013. Let’s us entertain you! Let us, make you smillle! Leave the cash on the cross-dresser & visit me and my co-hostess with the most-ess Mx Mannequin on our brand-new YouTube talk show: Rupaul’s Drag Racism! Shall you yearn for me further, follow my artistic antics @ designnurd.blogspot.com. Photo: Vinc LeVinc 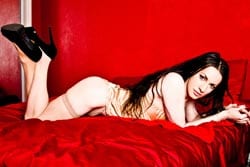 Ben McCoy has performed with Radar Reading Series and Homo-a-Go-Go and has toured with Sister Spit & The Sex Worker’s Art Show Tour as well as having been published online by Huffingtonpost.com, a regular contributor to the style site The Ironing Board Collective, and writing for CityLights Bookstore’s new blog.  McCoy is in print for the queer anthology “In Persistence: All Ways Butch and Femme. Photo: Cabure A Bonugli 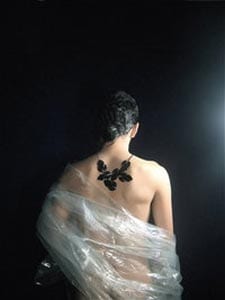 Jai Carrillo was born in Los Angeles and currently lives in San Francisco. He transforms masculine experiences through a queer perspective by adopting traditional textile techniques, and contrasts them with iconic symbols of dominance, power, and violence. Photo: Jai Carrillo 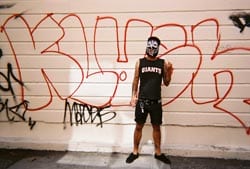 Manuel Rodrigues is a documentary photographer whose work is rich in Queer and Latino tones. Based out of San Francisco, CA his work reflects daily life, Moods, and places.  Manuel blends spiritual items with San Francisco’s underground performance scene creating an anesthetic that is all his own. 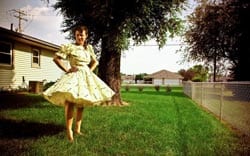 Ri Molnár is always dancing…sometimes unrecognizably. Their performed dances are politically heart-felt and viscerally provocative. Inspired by butoh and ballet, flamenco and folk dances, and most of all revolution, Ri’s dances are as unusual as they are alluring…so alluring, you might find yourself becoming part of them. Photo: Najva Sol 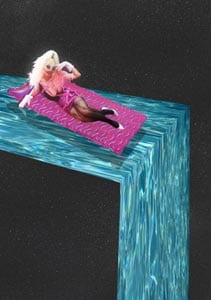 VAINHEIN is a cyber slut, an internet princess, a camera chameleon. VAINHEIN is what would happen if a dream fucked a nightmare & had a luvchild. VAINHEIN is everything & nothing, a blackhole dickcunt. Photo: Diego Gómez & VAINHEIN 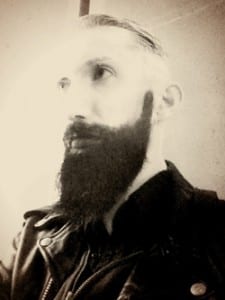 Jason Wyman is many things. He is an experimental writer performing critiques of permanence, acceptance, death, and transcendence. He also facilitates arts and wellness workshops and experiences through 14 Black Poppies, revives the collective spirits of the LGBTQIA communities through OutLook Theater Project, manages cultural programs and slings coffee at Progressive Grounds, and transforms his body into a modern day illustrated man where each tattoo tells a fable. His writing has been featured on In Our Words: A Salon for Queers and Company, Mission Local, and the Writer’s Circle.

Regardless of who he is at any given moment, Jason is also (and always) a husband to his greatest love, John. And he is always and forever family to those on the margins. He has called San Francisco home for over 15 years. 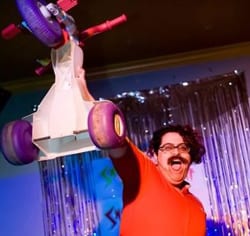 Dean Disaster has been performing since 2003 and currently co-hosts San Francisco’s only Drag King Variety Show “It’s 5 o’clock Somewhere” every first Sunday of the month at The Stud. He can also be seen on the stage at Truck, The Monster Show, El Rio, at the Castro Street Fair World of Wonderment, in Guerneville, and has even performed in Berlin! He is always very nerdy but thinks of himself as a punk rock kid. Photo: Amber Gregory 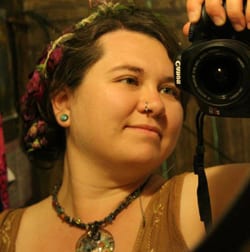 Kira Trinity is a queer filmmaker based in the east bay who has been working with the Scary Cow Filmmakers Cooperative in SF for two and a half years. During that time she has produced 4 short films, one of which you will get to see at Queering Mythologies! http://renegade-pictures.com 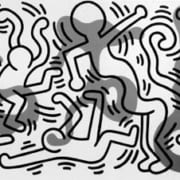 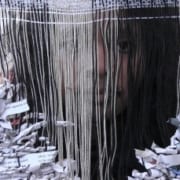 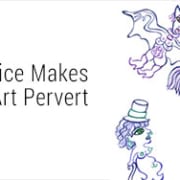 FOLLOW US!
Unfiltered Voice: A Generation of VisibilityCOWBOYS & ANGELS
Scroll to top