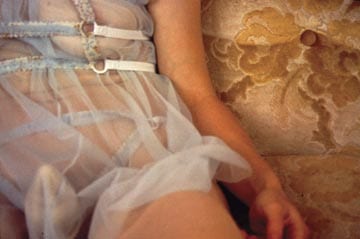 Teri Claude Dowling is originally from the Mojave Desert of Southern California, and has been living in the Bay Area for the past 10 years. She received her BS in Biology from UC Irvine, and earned an MFA in sculpture from CCAC in 2002. She has been a lesbian single mom for 10 years, but has just begun a domestic partnership with another long-time single mother. She and her partner are now raising their two 10-year-old boys together.

furnishings series, 2002.
furnishings: 1. articles or accessories of dress, 2. objects which tend to increase comfort or utility, especially an article of furniture for the interior of a building. (Merriam-Webster definition)The furnishings series arose out of a desire to make images that explore the space between the genders, and the space between animate and inanimate objects. The images also show my desire to queer domestic space.

I’m fascinated with the many ways that the body can be altered and augmented with clothing and props. Props, costumes, and prosthetics can be used to construct layered gender identities which are fluid and changeable. The boundaries of the physical body and its prosthetics merge until the biological boundaries of the body become irrelevant. 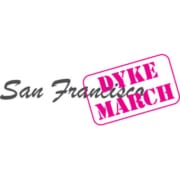 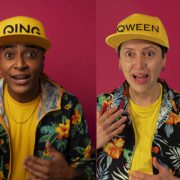