“fierce and fine tuned…history in the making” (Bay Area Reporter)

Fresh Meat Productions builds community through the arts by creating, presenting and touring year-round transgender arts programs. We are the first and only organization of our kind in the nation. Fresh Meat’s programs include the annual Fresh Meat Festival of transgender and queer performance, Sean Dorsey Dance’s local and touring performances, and media arts events. Founded by Artistic Director Sean Dorsey, Fresh Meat Productions celebrates our Tenth Anniversary Season this year!

Emily Vazquez began her career officially at the age of 12, performing as Ti Moune in the Off Broadway production of “Once on This Island.” She has won and competed in several Amateur Nights at the Apollo. Then at 18, she got her big break being cast in the ensemble of the Las Vegas production of Mama Mia. Upon completing her Musical run she auditioned and got casted for both international hit shows The Glee Project and American Idol.

Vogue Evolution (NYC) is New York City’s premier vogue dance company. They achieved worldwide acclaim on America’s Best Dance Crew and made MTV history as an all-gay and transgender company. Vogue Evolution is comprised of some of New York’s most respected and creative leaders in the House/Ballroom scene. The 2012 Fresh Meat Festival will proudly present Prince Jor-el Rios (a professionally trained Latin Ballroom Dancer who has been performing around world since the age of 8. Prince began Vogue competitively at the age of 15 and quickly became one of the supreme competitors of his generation) and Dashaun Williams (a model, actor, dancer and writer, whose It was vogue competition footage started the “5,000” phenomena. Along with appearances in commercials for Coca-Cola and print ad for various clothing designers, Dashaun’s experience has played an essential role in Vogue Evolution’s development).
www.myspace.com/voguetheory1 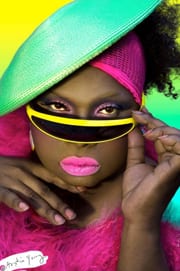 MISS BARBIE Q: (Professional Drag Performer /Singer/Actor/Host/Producer/Writer/Dancer/Promoter)
Voted of One of the Hot 25 for 2011 (Frontiers LA Magazine – Los Angeles, CA), she’s a new contributor to the radio show “IMRU” on 90.7 KPFK (Los Angeles, CA). She writes for print/web publications such as Odyssey Magazine (Los Angeles, CA), LA Slush (Los Angeles, CA) and of course her own blog Miss Barbie-Q’s Hotplate at MissBarbieQ.com.  She has been called “a force of nature” by the Hollywood Reporter in the review of the film “Leave It On the Floor” which has played at the London Film Festival, Berlin Film Festival to name a few. She has appeared in videos from Lady Gaga, Busdriver to Jonny McGovern. She also has a partnership as club promoter in addition to hosting & performing at her own monthly club called Shhh…. at Akbar (Silverlake, CA). Along with her various gigs, she is currently writing her own solo show. http://missbarbieq.com 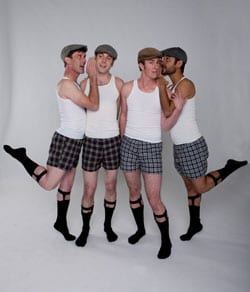 Sean Dorsey Dance – Sean Dorsey is a San Francisco choreographer, dancer and writer. He has been awarded two Isadora Duncan Dance Awards and the Goldie Award for Performance. He has been named “San Francisco’s Best Dance/Performance Company” (SF Weekly) and named one of the nation’s “Top 25 to Watch” by Dance Magazine. Sean Dorsey Dance’s show Uncovered: The Diary Project was named one of the “Top Dances of The Year” (SF Bay Guardian).

At the 2012 Fresh Meat Festival, Sean Dorsey Dance will perform excerpts from their new concert, The Secret History Of Love. Based on a two-year LGBT Oral History Project and national research, The Secret History Of Love explores our passionate history and the ways that LGBT people managed to find – and love – each other in decades past. The show is touring to Boston, Miami, Santa Cruz, L.A., Chicago, Whitewater, Philadelphia, San Antonio and other cities.

Dorsey has performed his work extensively throughout the Bay Area and on tour in the US and Canada. He has collaborated with artists including the Wachowskis (Directors, The Matrix), Kate Bornstein and Antony and the Johnsons, and has been featured on PBS-TV, NPR radio, and in national and local publications. 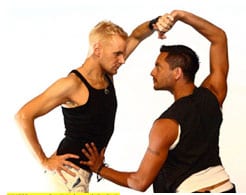 Willem de Vries is one of the most successful Same Sex Ballroom dancers in the world: he has won World Champion titles and a Gay Games Silver medal. He performs all over the United States and Europe. De Vries will premiere a new Latin Ballroom duet at the 2012 Fresh Meat Festival. De Vries appeared on Season 6 of So You Think You Can Dance where he made a statement for the rights of all same-sex partners to be able to dance, compete, and be treated equally and fairly, judged solely on their technique rather than on their sex or sexual preference. As a Philadelphia DanceSport champion, British Open Pink Jukebox Trophy winner, United States Men’s Latin Champion, and Gold Medalist for U.S.A. at the 2006 World OutGames, de Vries has also appeared on ABC/Out.com, SheWired.com and VH1’s ‘Tough Love’ and has worked with Vanessa Williams, Gilles Marini, Melissa Rycroft and Kate Walsh. www.thewill2dance.net 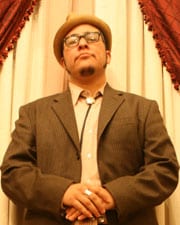 StormMiguel Florez: Last year, StormMiguel released his latest solo project, Long Lost Sun, through his label, Bad Flower Music. StormMiguel’s unique and haunting vocals and Americana-folk guitar style invite the listener to reflect on his life and loves growing up queer, transgender, and assimilated Mexican American. While his songs are personal, his music and lyrics weave together universal themes of love, loss, family, culture, and complex identities that resonate with listeners from all backgrounds and experiences.  StormMiguel is passionate about connecting audiences with queer and transgender musicians.  StormMiguel is the founder of internet based Bad Flower Radio, and is currently studying music recording and production. He has toured across the U.S., including his recent Pacific Northwest tour with the Tranny Roadshow (2010), and has featured at the Fresh Meat Festival (2009, 2010, 2011), the National Queer Arts Festival (2001, 2004, 2007, 2008, 2009, 2010) and the San Francisco Trans March (2006 – 2008).  www.stormflorez.com. 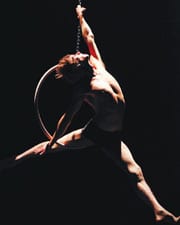 Cohdi Harrell (New Mexico) is an acrobatic performance maker currently based in the high desert of northern New Mexico. Interested in subtlety more than spectacle, and transition over trick, his unique style of poetic acrobatics has brought him international attention and into a myriad of projects and collaborations. Cohdi is the co-creator of Ricochet, a contemporary circus duo whose intimate theatrical circus shows have toured to sold out audiences across the country. He is currently involved in an ongoing project, Red Room, a queer cabaret in Zagreb, Croatia, and will be joining the Santa Fe Opera for their summer season. Cohdi is dedicated to the progression of contemporary circus as a global art form, and is committed to doing his part to help put America on the map. http://www.ricochet.name/ 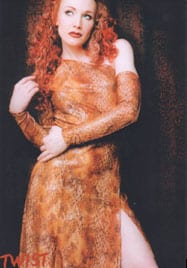 Natasha Muse is not only the winner of the 2010 “Battle of the Bay Comedy Competition” she’s also guaranteed to be at least the second-funniest transsexual you know. Natasha’s cerebral wit has gotten her in the door at the San Francisco Punchline, Purple Onion and all the best comedy clubs and shows in our vicinity. She is adored by her peers, easy on the eyes, and a force to be reckoned with on Twitter. Natasha also is the host and producer of San Francisco’s long-running underground hit “A Funny Night for Comedy,” and the podcast, “Too Soon.”  www.natashaMuse.com 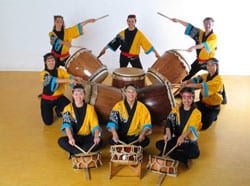 Taiko Ren: we are Taiko Ren: “taiko” for the Japanese style of drumming, combining dynamic movement and percussion; and “ren,” meaning a close-knit collaborative group. Taiko Ren, based in the San Francisco Bay Area, has been drumming collectively since 2000, when we came together with training and performance experience from San Francisco Taiko Dojo and other organizations. We have performed at festivals, community and school events, corporate shows and private events. Together, we explore and create a positive, expressive style of music, bring this powerful art form to diverse audiences and play for the sheer joy of drumming. www.taikoren.com/Taiko_Ren.html 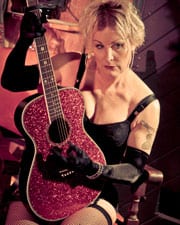 Shawna Virago is a singer/songwriter whose music twists together folk punk and roots music, creating anthems for a new generation. Her songs are raw observations about survival in a predatory world, sticking up for the underdog, queer love and gender outlaws. Her performances are celebrated for their compelling mix of original songs, storytelling and standup.

Virago is the Artistic Director of the San Francisco Transgender Film Festival and her own films have screened throughout the U.S., Canada and Europe. Virago is also a published writer and her work appears in Gender Outlaws: Next Generation andin the anthologies Trans/Love: Radical Sex, Love & Relationships Beyond the Gender Binary and Take Me There: Trans and Genderqueer Erotica. She has been featured in documentary works on PBS and NPR. Miss Virago also composed original music for choreographer Sean Dorsey’s acclaimed dance-theater show Uncovered: The Diary Project, about pioneering transman Lou Sullivan.  www.shawnavirago.com