Zackary Drucker is a limp-wristed, switch queen/Los Angeles-based artist. Drucker holds a MFA from the California Institute of the Arts, and a BFA from the School of Visual Arts. Infusing elements of installation, performance, text, photography, and video, Drucker’s work explores under-recognized aspects of queer history while simultaneously inscribing her own experience and position within it. Drucker reactivates The Queens’ Vernacular, documents relationships and secret legacies, and challenges conventions of entertainment and drag performance, as well as existing art-historical representations of queer people. Oscillating between documentary, mythology, and personal narrative, the work is an overall novel exploration of gender as it is constructed, deconstructed, and experienced. 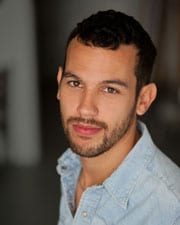 Justin Torres grew up in upstate New York. His work has appeared in The New Yorker, Granta, Tin House, Glimmer Train, and other publications. A graduate of the Iowa Writers’ Workshop, he is a recipient of the Rolon United States Artist Fellowship in Literatuer, and is a Wallace Stegnar Fellow at Stanford. He has worked as a farmhand, a dog-walker, a creative writing teacher, and a bookseller. He is the author of the critically acclaimed novel We Are Animals.

Ariana Reines was born in Salem, Massachusetts. She studied French and English at Barnard College, graduating Summa Cum Laude. Her books include The Cow (Alberta Prize: Fence 2006), Coeur de Lion (Mal-O-Mar: 2007), Save the World (Mal-O-Mar: 2010; Fence (Audio): 2011), and the forthcoming Mercury (Fence: 2011).  Telephone, her first play, was commissioned by The Foundry Theatre and produced in February 2009 at The Cherry Lane, with Obie wins for the production’s director and leading actress. A re-imagining of Telephone’s second act was featured alongside other writing by Ariana in the Works+Process series at the Guggenheim Museum in Fall 2009. Telephone was published in Play: A Journal of Plays in 2010. In Spring 2010 she traveled to Haiti twice, working in the Port-au-Prince area with children through The Association for Trauma Outreach and Prevention, and later in medical and supply logistics, with Materials Management Relief Corps. A Vodou initiate, she is now exploring the relation between Vodou ritual and Greek tragedy, among other things. 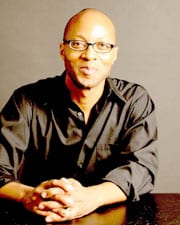 Ellery Washington teaches fiction and creative nonfiction in the BFA Writing Program at Pratt University, in Brooklyn, NY, where he also teaches narrative structure courses in the MFA Digital Arts Program. He works as a freelance editor for various literary publications and as a script consultant for various film and television companies, largely in New York.  His fiction and essays have been widely published and anthologized, both stateside and abroad (in England, France, and Germany), most notably in The New York Times, Ploughshares, OUT Magazine, The International Review, The Berkeley Fiction Review, The Frankfurter Allgemeine, Nouvelles Frontières, and in the National Bestseller State by State–a Panoramic Portrait of America.

Sugar in Our Blood