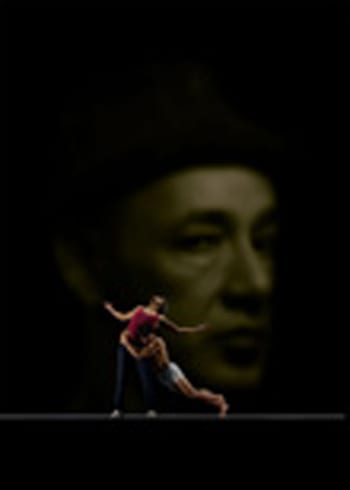 Presented as the highlight of the company’s 20th anniversary season, Stay Together marks the first time Goode and Tilson Thomas have worked together, and is the first time Tilson Thomas has composed music for a dance company. From Goode, the home season program will include a revised edition of his landmark dance theater work, Deeply There (stories of a neighborhood).

The genesis of the Goode-Tilson Thomas collaboration goes back to 2002 when the two artists began discussing ways to work together. Over the years, Tilson Thomas has attended several of Goode’s performances and became intrigued by the choreographer’s fusion of text, song, multi-media and high-velocity movement. Together, they selected one of MTT’s theater songs, Stay Together, a  “mordant homage to a bygone era of pop,” according to the composer. Though the song is the central musical element of the dance, it is a touchstone for other musical and theatrical developments, expanded and reshaped for the purposes of Goode’s narrative. In this deconstruction process, the artists will experiment with ways of creating epiphanies of movement and sound, forging intersections where language, music and dance can comfortably exist together.

“Our efforts, thus far, have resulted in new music and movement sections that are inspired by a tiny gesture in the original composition or a fragment of the original lyrics,” commented Goode. “Of course, for me, just the title alone offers endless possibilities of how we stay together in a society that dogmatically emphasizes the new.” As it seems to be unfolding, Stay Together regards an older artist and how he approaches his work, his personal relationships, and what it takes to stay together not with a desired effect, but with an appetite for dialogue.

Deeply There, Goode’s powerful and critically praised 1998 response to the AIDS epidemic, will serve as the ideal companion piece for an evening that represents the best of 20 years of provocative and enlightening dance theater.  Goode’s kinetic narrative explores the havoc of the AIDS crisis and how San Francisco’s Castro District has reshaped itself into a more humane and diverse community, examining the many unlikely alliances and alternate family structures born out of necessity with the urban AIDS culture.

Deeply There won a 1999 New York Dance and Performance Award, the “Bessie.” Dance critic Jennifer Dunning of The New York Times likened the effect of the work to the ache at the heart of James Agee’s novel, A Death in the Family, further praising Goode’s piece as “fresh, touching and wickedly funny.”