“I was born at the Queer Open Mic”- Dana Morrigan.

Nothing says milestone like your first feature—featuring for the first time anywhere; Amy Dentata and Dana Morrigan!  Both of these writers and performers have been regulars at Queer Open Mic for the past couple of years and have work shopped and strengthened their writing chops at our shows.  We couldn’t be prouder of giving them their first gigs.

Come celebrate QOM’s 8 years of unearthing & empowering new queer voices in this Super Open Mic Anniversary show! Also don’t miss special guests, from past host/founder Cyndi Emch to Daphne Gottlieb and Regie Cabico – professional queer artists that have changed the world of spoken word, who have also featured at our show! Might you be the newest discovery?  Sign up at 7:30pm to get a 5 minute slot and show us what you got! 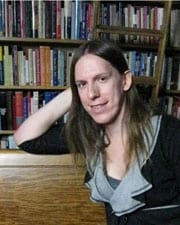 Amy Dentata started performing music at open mics in her hometown of Cleveland, Ohio, before moving to the Bay to pursue a career as an artist. While attending school in San Francisco, she simultaneously discovered the SF Queer Open Mic and a love for spoken word. Amy is currently putting the finishing touches on Bite, a collection of poetry and short stories. Her work will also appear in Trans Bodies, Trans Selves, a resource guide for the trans community. This is her first feature performance. 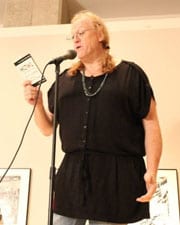 Humorist Dana Morrigan was conceived in a short story by a latent genderqueer English professor in 1991 and was born at the San Francisco Queer Open Mic in July, 2008. She performs in a dizzying array of genres, and tickles people’s brains on Twitter under the name IdentityTBD. 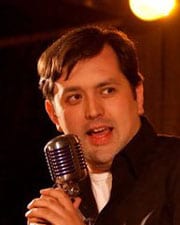 Regie Cabico is one of the country’s leading innovators and pioneers of The Poetry Slam having won 3 National Top Prizes and winning The Nuyorican Poets Cafe Grand Slam. He has appeared on two seasons of HBO’s Def Poetry Jam and NPR’s Snap Judgement. His work is published in over 40 anthologies including Aloud: Voices from the Nuyorican Poets Café, Spoken Word Revolution & The Outlaw Bible of American Poetry.  He resides in Washington, DC where he makes Thai food  and practices his Tina Turner impersonation.