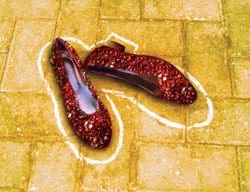 The Thirteen Hallucinations Of Julio Rivera
An unlikely martyr’s outrageous journey of self-discovery – featuring flying monkeys, Jesse Helms, Studio 54, and two Madonnas – based on the true story of a vicious gay-bashing murder that took place in a New York schoolyard.

Julio Rivera was a gay bartender living in Jackson Heights, Queens, New York City. He was brutally slain in the early hours of the morning on Monday, July 2nd, 1990 in the schoolyard of PS 69 by a gay-bashing gang who called themselves “Doc Martin Stompers.” Initially, the police dismissed the murder as a drug deal gone bad, but the murder became a rallying cry for gay rights activists, and the youth’s convictions helped to establish Hate Crime laws in New York City and focus national attention on the problem.

Julio Rivera was beaten and left for dead, but as he lay dying, his lover of 9 years found him and cradled him in his lap during Julio’s last moments of life. It is this moment where The 13 Hallucinations of Julio Rivera picks up the story and weaves it into a life-affirming and surprisingly funny fantasia. 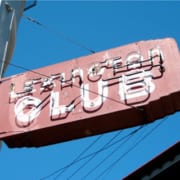