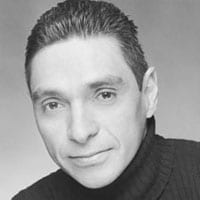 THE LOVE OF BROTHERS tells the story of Rogelio and Sergio, two gay siblings living together in San Francisco who engage in an incestuous relationship. In doing so, they are unconsciously attempting to resolve a childhood trauma that includes the raping of the younger boy (Sergio).

Mario Golden is a New York based artist (playwright, actor, producer, and director) and guide working in the U.S. and internationally. He co-wrote the Spanish-language feature film, Del Otro Lado (The Other Side), which was a hit at its premiere in San Francisco in 1999 and was subsequently screened at numerous independent international film festivals in the U.S., Europe, and Latin America. His play One Less Queen was published in the anthology Positive/Negative: Women of Color and HIV.  Mario also wrote the one-act play The Trip, which was selected for the 2004 Strawberry One Act Festival and the Samuel French Short Play Festival in New York. Other plays he was written have been finalists in competitions, selected for festivals, showcased, and produced. As an actor, Mario has performed onstage and in film in the United States and Mexico.

Andreas Robertz is an established German theater director with over 15 years of experience. He has directed and produced more than 30 shows of all genres, in theatres ranging from 40 seats to 900 seats. Currently Mr. Robertz is a freelance director and producer working in both Germany and New York City. In New York he has directed Love in Great Neck and The Last Jew in Europe (for the Jewish Theater of New York), A Checkered Past (for Around the Block), and a reading of Bikini at the Public Theater as part of the series of New Czech Voices (produced by the Immigrants’ Theater Project).